Posted on 1st October 2016 at 10:40
While replanting a local garden's borders recently I was firmly reminded of the value of evergreen shrubs in a planting scheme.
The borders were a tumult of cottagey flowers - a very pretty mess over summer . And the client was not happy- while not a fan of formal planting this was too chaotic even for her. 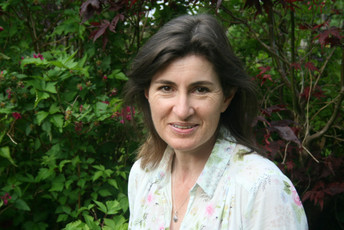 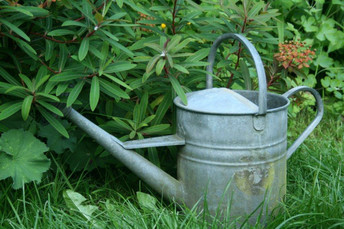 "Too many individual perennials and not enough structure " I said "And it will look nothing in the winter".
Elsewhere there were a lot of perfectly respectable deciduous flowering shrubs - pretty enough in summer but again rather inconspicuous in winter.
Evergreen shrubs give structure to a garden - the backdrop if you like, to the chorus line of perennials and ground cover making way for seasonal stars of the show.
They might seem dull and uninspiring as they change but slowly but are prey to being under rated and taken for granted .
Deciduous shrubs have more instant appeal - interesting buds in spring , pretty summer flowers and autumn colour - their seasonal allure lunges at you from the garden centre shelves while the boring green blobs lurk in the shadows.
So which of the boring green blobs would I recommend?
Here's five you may have or have heard of- but need a bit more loving...
Elaeagnus x ebbingei - a quick grower this one with rather plain leaves with a dull silvery sheen. But a good coastal, screening shrub that makes a quick hedge - and is easily cut back hard in August . Its new shaggy growth is very handsome indeed. Left to grow a bit Elaeagnus produces tiny and sweetly scented flowers late in the season - literally a hidden charm.
There are some varigated cousins E. 'Limelight' and E. 'Gilt Edge'- happy in most soils and in full sun or shade.
Griselinia littoralis is another shrub good for coastal planting -its tough, leathery apple green leaves withstand salt spray and winds. Often grown as a hedge, if left to run free in a garden it would grow to a small tree .
Choisya ternata - every garden should have one. Bright glossy foliage - with a strange, sweet, woody smell - it forms a pleasing rounded shape that can be clipped quite hard if it gets a bit big for its boots. But generally a well behaved shrub and wonderful foil for showier plants in the border - and clusters of sweetly scented white flowers in late spring. A must have.
Mahonia japonica- a truly statuesque beast of a shrub with whorls of spiky pinnate leaves on upright branches and spires of bright yellow flowers in winter. Did I mention fragrant flowers? In winter?
This is a backdrop shrub that becomes a real star in winter - and well worth its place if you have plenty of room and a moist soil.
And lastly my favourite - Prunus lusitanica - a shrub of subtle charm. Rather more refined and elegant than its vulgar and overused cousin Prunus laurocerasus, (Cherry Laurel) P. lusitanica is a slow starter eventually forming a taller cone shaped shrub. Unfussy regarding soil, sun or shade, it exudes a handsome vigour with its deep green, glossy slightly serrated leaves and reddish stems. Rarely is it used to grow a tall hedge which is a shame as it will stand the demands of topiary. And even more rarely is it left to fullfil its potential as a medium sized tree when it graces the garden with long plumes of fluffy cream flowers in early summer. A keeper for the long term relationship.
It should be noted that all of the above will get BIG given time - meaning taller and much wider than you - but all can be controlled with judicious pruning. They are unfussy about soil and will all cope with our heavy Devon clay and being evergreen are happy enough in a fair amount of shade.
And left to their own devices will reward you with privacy, flower in winter or summer and even scent. And now is the time to plant them.
Pictures are in the order of the above list
For more information on these shrubs see my newsletter - or contact me to find shrubs from local nurseries.
Alison offers a full garden design service, garden landscaping, and other services such as consultations, planting and growing in North Devon. Call now on 01805 804322 or 07772147518, or click here to visit our Contact page and complete the form . 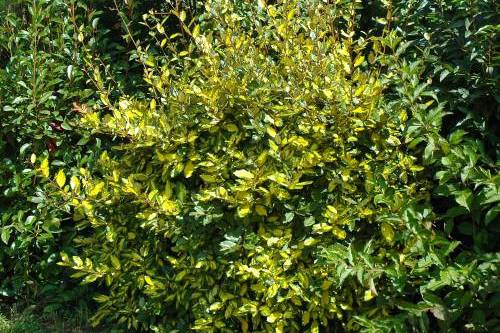 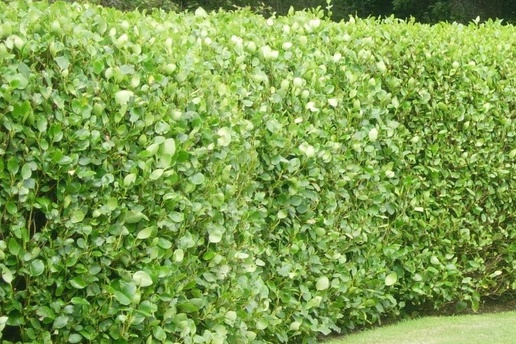 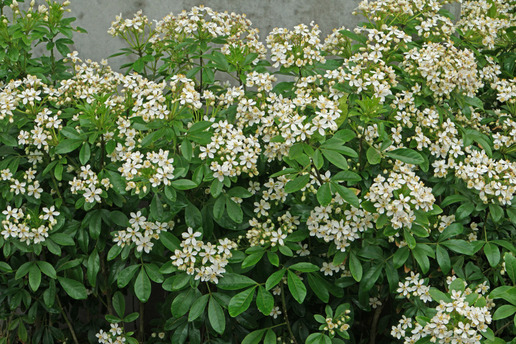 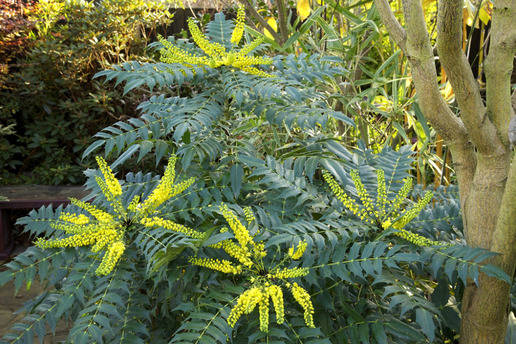 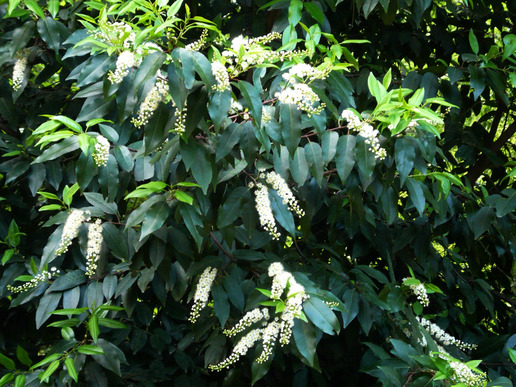