Late summer colour in the garden

Posted on 25th September 2019 at 12:30
As a designer there are two things my clients refer to most – easy maintenance and colour.
Easy – or low maintenance, is a debatable subject and not one I intend to deal with here – but when colour in our gardens is mentioned, one generally thinks of flowers and many old favourites spring to mind. Planning a planted border is one of the most difficult aspects of designing a garden scheme- there are somany things to consider: site, soil, geographic location, drainage issues, sun or shade, not to mention the client’s taste, budget and gardening skill. Do they have any – of all three?!
Come spring there is a rush of spring flowers that quickly tumbles into summer – and I often hear gardeners sing the merits of roses, Lupins, Lavender, Irises and other cottage favourites. But wait, many of these are early summer flowers- by late June their star has faded. Depending on where you are and the nature of your soil there is always a selection of later flowers; here in Devon where I develop most of my planting schemes I have several favourites suited to our heavy clay soil.
We’re all familiar with the zingy oranges of Crocosmia nodding through the late summer borders. It’s become a bit of an invasive weed all along the South West coast and indeed it’s perhaps best suited to the wilder parts of a larger garden where it becomes a useful colonizer. There is a vast array of bold cultivars availablewith colours ranging from golden yellow to bright scarlet and sizes to suit every garden – sweet petite ‘George Stevens’ to compact show stopper ‘Emily McKenzie’ and of course the stunning,statuesque, scarlet ‘Lucifer’.
To contrast with the yellow – orange spectrum blues come into their own; Agapanthus with their umbels of flowers on stout leafless stems reign supreme from July through to September and often later. A prima donna, they demand a sunny, warm spot at the front of the border – they won’t tolerate being crowded by the chorus line. Evergreen forms therefore look very well in a large tub on a patio or courtyard and can be moved to a more sheltered position in the winter. Deciduous types are hardier and better in the ground although the modern cultivars with colours ranging from white through blue grey to lilac and deepest blue, are far hardier than the original A. praecox from South Africa.
A plant more suited to a cottage gardenAgastache is gaining inpopularity. With a colour range from palepink to deep blues and magenta this member of the Hyssop family prefers a drier, sunnier spot.Its spires of flowers will persist for months from May to November, essential for all bee lovers - and bees.
For a slightly shaded border needing some height try Aconite, stately plants with fine cut foliage and tall spires of deep purple flowers from July to September. Aconite is a particular favourite of mine as a good alternative to Delphiniums which are often bedevilled by slugs before the bees get a look in. Not so Monkshood, as it’s commonly known – every part of the plant is poisonous but don’t let that put you off. Slugs avoid it for that reason even when it arises from its winter sleep in bright green ferny mounds long before other perennials – an added bonus for the spring border.
Other contenders for the back of the border are Anemone japonica with their wiry stems and exquisite open flowers in shades of pink and white,the latter being particularly lovely. You’ll never get rid of them once they’ve established, popping up where you didn’t expect but only a complete churl would part with them once they’ve cast their spell in September.
Sedums are another favourite - I use them a lot at the front of a border as they tend to stand up and not flop over the lawn, Sedum spectabile and S. ‘Autumn Joy’ are particularly well behaved in this respect. Their grey green fleshy leaves and later, flat umbel flowers provide a long season of interest, bursting into rosy pink colours beloved by bees and all things stripy late in the season. I leave them to stand over winter as they take on umber tones in the winter garden protecting the new grow coming up in spring.
I could go on but will stop here with the indispensable Geranium ‘Rozanne’- a ‘sprawler’ for the front of the border,her mounds of foliage are covered in intense blue flowers with a white eye for months from May to November. Smothering all in her path, give her plenty of space as she cascades over walls and paths. She has a few cousins with a similar if slightly less robust habit of sending out long non rooting stems – look out for Geranium ‘Azure Rush’ with more lilac flowers, Geranium ‘Havana Blues’, a softer paler blue and Geranium ‘Lilac Ice’ a very pale, almost white mauve.
Try planning your border with a third of early flowerers – Roses, Lupins, Dicentra, and Clematis - but the other two thirds of your choices should be later performers extending the season through summer into the colours of autumn.
A final but important tip - don’t forget that colour in the garden includes leaves and stems, and there are many shades of green. Consider a few shrubs that will reward you with a change of tone in the autumn such as Cotinus, Euonymus alata, Acers and Amelanchier will provide a blaze as the growing season ends. 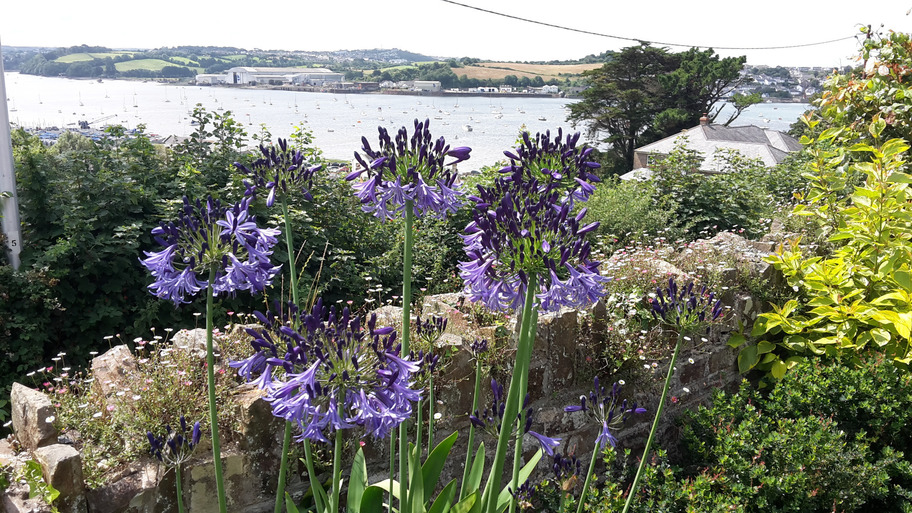 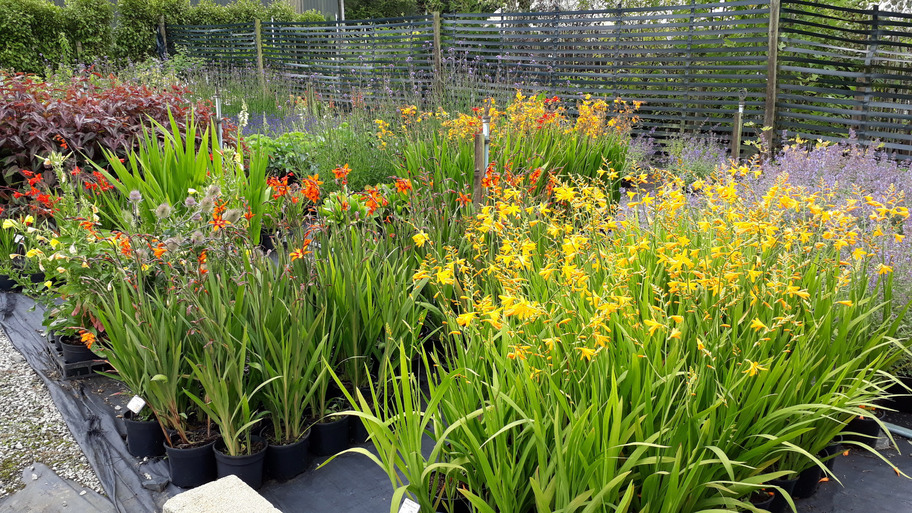 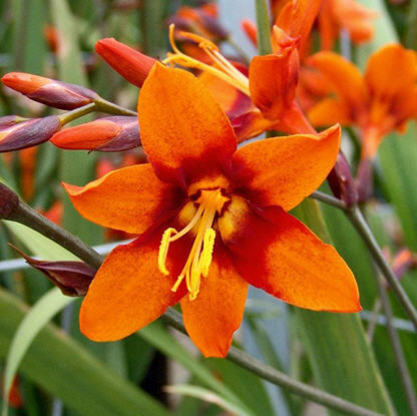